At the height of the Gaza conflict earlier this year, I approached some of my favourite little human-rearers. They discussed the issue together and these are the solutions their wards offered. The story was originally commissioned by Mumbai Mirror.

First, a disclaimer: This article is not an attempt to simplify or be irreverent about the Gaza conflict. It is an attempt by the parents to inculcate the values of social justice in their children and to explain to them a complex international situation.

Gaza is under siege and the world is tying itself up in knots. Whether you are pro-Israel or Pro-Palestine, there is no mistaking that this conflict and the subsequent death toll. With peacemakers and peacemaking efforts failing, perhaps the answer lies at a more innocent source?

We asked the parents of children between the ages four to thirteen to explain the Israel-Gaza conflict to their children and report the solutions they come up with. 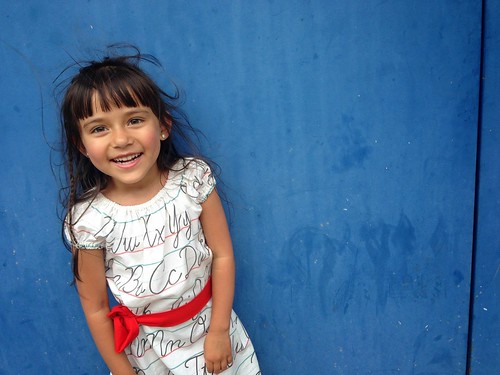 Zoë is a precocious 4-year-old. She has conceptualised a country, Manizao, and detailed its districts, vegetation, wildlife, visa rules and borders. It’s located between India and China, if you are looking. Her soft-toys run a company called Bears At Work where they develop apps that help them make money for underprivileged bears.

“Zoë has recently been developing a sense of social justice,” says her mother Kate Deshmukh. “She recently learnt that some teddy bears live in hotels and they were upset because it cost USD 100 a night. They held meetings with the hotel owners and came to an agreement that one night at the hotel is free and multiple nights are a few dollars.”

Kate explained the conflict to Zoë without getting into graphic details and said that people aren’t sharing the land and sometimes hurt each other. She ended up relating the situations to her bears and projected it on them. “She said the bears were upset and throwing honey pots at each other. But then they sat down and ate honey together and stopped being upset,” says Kate. 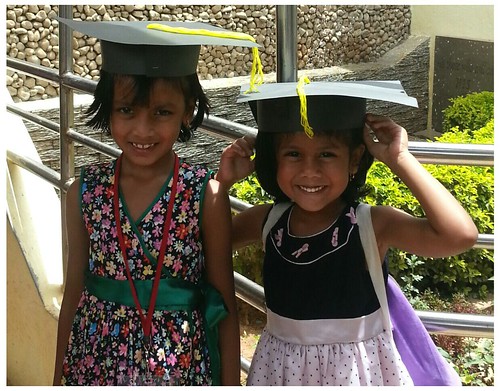 Celeste and Hannah are Irish twins with very different approaches to life. Celeste is a deep thinker, deeply observant and affected by life. Hannah is happy-go-lucky, with a lighter view of impediments and more focused on the solution.

To explain the conflict to the girls, their parents Benly and Neomi spread out a sheet on the floor to denote Palestine. Then folded in half another sheet to denote Israel. Celeste was Gaza, while Hannah was Israel. They reinforced their territories with increasing number of dolls. Benly personified the United Nations.

“We told both the girls to pretend they were going to have their own countries,” says Neomi. “Hannah didn’t have her own country because her parents were thrown out of their country and she was now living here and there. She then went crying to the UN asking for her own country. The UN takes Hannah to Celeste and gives her place in Celeste’s land. Celeste says it’s her country. Hannah insists that the UN gave it to her too. So they divide their countries. Celeste keeps demanding more and more land saying that the country is hers while Hannah fights back. They both get more ‘people’ to get stronger. They also get their weapons. Hannah had very little people. We told them the people die if they are shot at or bombed.”

Neomi and Benly also showed their daughters what was actually happening in Israel and Gaza through news footage and newspapers.

“They decided that Gaza would settle with a ‘little’ piece of land that they could call their own while Israel would get the larger pie since the land originally belonged to them,” says Neomi. “This they decided only after we told them that the war was really taking place and people were dying. Until then Gaza (Celeste) wanted to continue fighting for her land despite having Israel’s (Hannah’s) people killed. They don’t want any more deaths and said they’d just come to a mutual understanding. Celeste (Gaza) would be satisfied with whatever was given from Hannah (Israel) even if it meant lesser territory. Hannah was happy as long as Celeste didn’t argue or demand land anymore.” 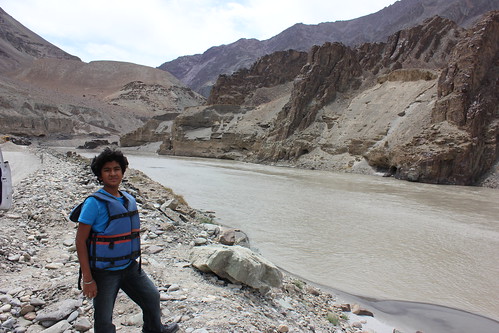 Partho’s mother, Deepa Bhatia, insists that Partho scan the newspapers each morning, if not read them in detail. So Partho is clued into what is happening in the world and has an opinion about it.

“Use the experience of the old and the ideas of the new and make the land prosperous. The fight is over ownership of land and that itself is getting destroyed. Soon, no one will have anything,” says Partho. “Sometimes sitting with someone neutral helps…someone who is not emotional about it all. Like when we have big fights in school, then a common friend intervenes and calms the matter down. Then the friends can sit down and talk it out but in the heat of a fight, its difficult to be reasonable. Of course the common friend should have no selfish interest. Sometimes one of the parties must compromise more than the other. Someone needs to have a bigger heart and say fighting has to stop. Ego is a big problem.
Sometimes I wonder whether history is a good thing. Even today Hindus and Muslims in India keep picking fights over small issues, mainly old ones. Resentment breeds hatred and makes you vulnerable to manipulation.

“The land is big enough to feed everyone, house everyone, to keep everyone happy. A plant would not grow if the leaf and stem kept fighting over who’s more important. The greatest of films wouldn’t be not be made if the unit members fought amongst themselves. I know it sounds like a cliche but think about this: ‘Yesterday is history, tomorrow is a mystery but today is a gift. That’s why we call it the present (by Oogway, Kung Fu Panda)”